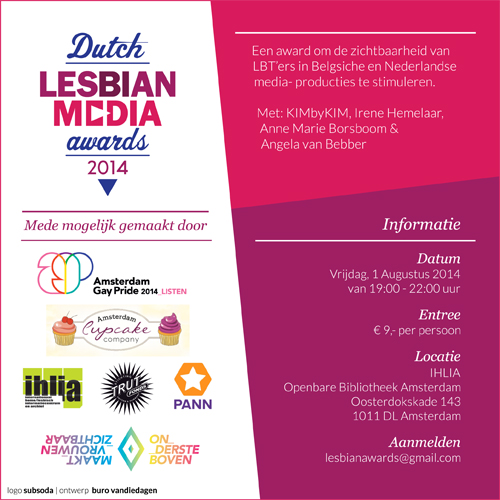 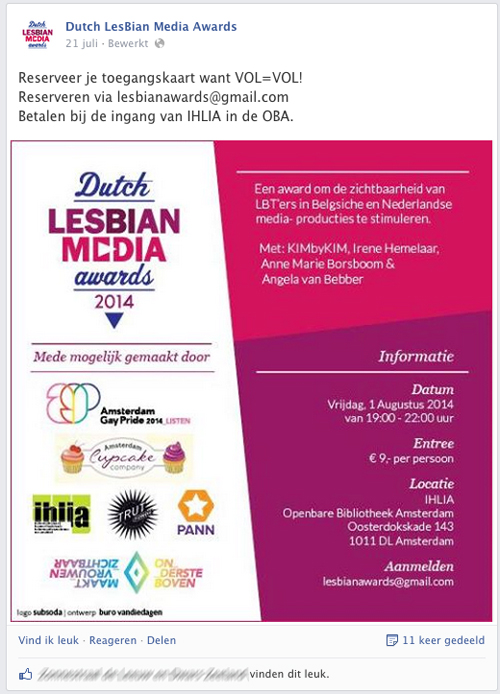 Advertisement made ​​to ask attention in the media (Facebook) for the Dutch LesBian Media Awards ceremony.

DLMA | An award in recognition, acknowledgement and encouragement for those who play a leading role or that enable that in Dutch film, theater and television productions, lesbian, bisexual and transgender characters have an emancipatory role. This award is part of the Lesbian Pride organized by the “OndersteBoven” Foundation. This price gives female Belgian and Dutch filmmakers a voice, connects them and put them in the spotlight.